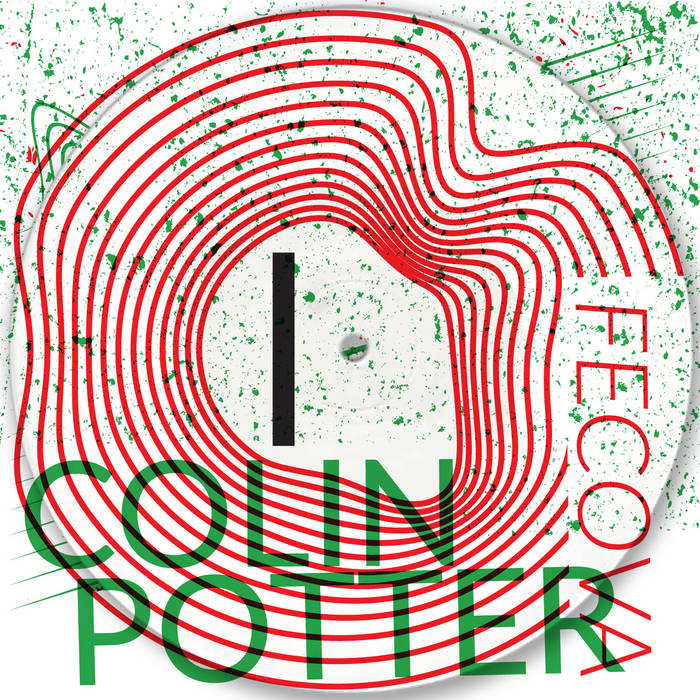 In 1981 Colin Potter gets together with some friends of his from the cassette underground and releases the "We Couldn’t Agree on a Title" compilation LP . A new label is born, Integrated Circuit Records, or ICR for short.

A few weeks ago, in September 2016, Colin Potter gets together with some friends of his, all distinguished musicians by now, to play some music at the anniversary concert for 35 years of the, by now historical, ICR. At the same time the compilation CDR "ICR Thirty Five - We Still Couldn’t Agree on a Title" is released as a special edition for the event. While Colin is having some difficulty in agreeing on a title with his colleagues, we can write something about Colin Potter himself.

In the early 70's, an EMS Synthi A briefcase (borrowed from York University where he was a student) helped him acquire the necessary expertise to go from acoustic guitar experimentations to electronic composition. Over the next few years some very basic equipment was acquired or built and experiments continued with guitars, primitive effects and noise generators and reel to reel and cassette tape machines.

A peculiar cassette circuit began to take shape, with Potter opening a studio, recording himself and other participants as well as having the role of tape duplicator for smaller cassette labels. ICR became a home for people who under the influence of the recent punk boom, early new wave sound, pop music, and especially drone-based Krautrock, began to create the new electronic music. Paul Kelday, Andrew Chalk, The Instant Automatons, David Jackman (Organum) and Bryn Jones (Muslimgauze) were some of them. It was during that period when Colin Potter was recording cassettes like "A Gain" and "Two Nights", musical labours that hinder my struggle to restrain myself from giving a fan description, by saying that besides their early lo-fi textures, they represent some of the most important electronic music I have ever known. Colin Potter, fully learning the capabilities of his studios, became a well-known sound engineer, working with many artists, including Steven Stapleton, whom he met in 1988. His relationship with him began whilst Potter was engineering Current 93’s re-working of the “Swastikas for Noddy” album. He worked with Stapleton for the first time on the "Creakiness / Firepool" LP, to be later credited as an official member of Nurse With Wound on the "Thunder Perfect Mind" LP. Potter remains a full member of NWW today, with a decisive contribution to Stapleton's vision, pouring a huge percentage of his drone/ambient aural personality into the sound of the band. Something which led to a Rock n Roll Station, to Salt Marie Celeste, to the live period of Nurse With Wound and its record footprints like the Cabbalism LP.

I cannot describe my joy when Colin Potter answered my timid question about whether he would like to have a release through Coherent States. And in the affirmative, no less. The two new tracks that make up "Fecova" didn't take long to take form. Recorded during the period 2015-16, they contain sounds and techniques that have been sporadically used by Colin Potter with a tendency toward experimentation. The "AVOCEF 1" (side Ι) starts minimally, with a rudimentary rhythm deep in the background, that takes over just before the composition collapses into noise, lending a dark techno touch to the feeling with which you're left. The "AVOCEF 2" (side ΙΙ), in a completely different logic, functions as a degenerated guitar counterweight. Composed using various effects and a pitch-bending pedal, it highlights an almost revolutionary guitar fusion, with a particularly disharmonious use of the instrument as a central axis for the track, with a cloudy ambience surrounding it. The two pieces of "Fecova" span a unique range of sound and we are so glad to be releasing them. Specifically, we are as glad as Colin Potter was himself on his second track of that LP compilation released on ICR back in 1981.