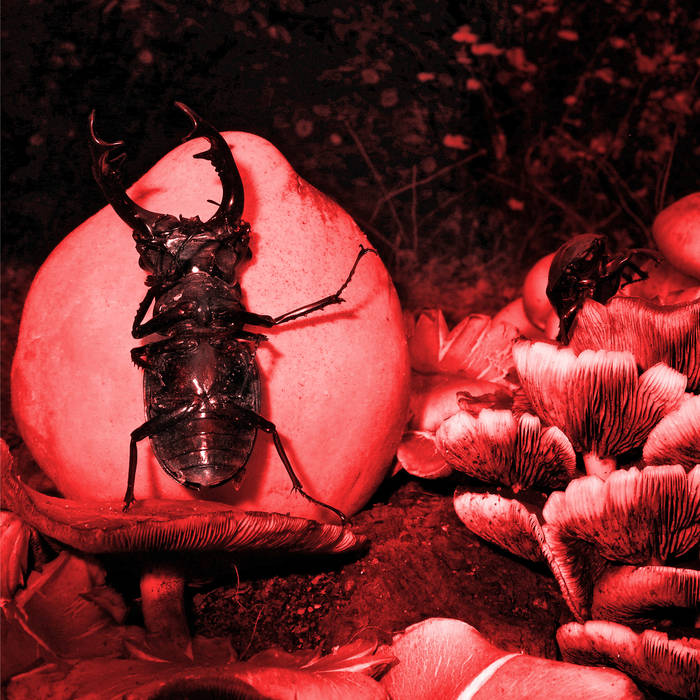 drone2805
I recommend you to pay serious attention to this album! The artist demonstrates a crazy talent, with great expressiveness and incredible mastery of sound. The musical pieces are out of the ordinary, at a higher level. The atmosphere is confusing, colorful, sometimes dreamlike, sometimes nightmarish. It's incredible!!! Favorite track: Mountain East.

Three years after the danceable field recordings of her "L'Ange Le
Sage" debut LP, the Parisian sound artist, activist and musician Gaël
Segalen delivers her third album, "Sofia Says", picking up where her
"Memoir of My Manor" cassette left off.

Gaël connects here to a complex mythological entity, Sofia, in a spontaneous mediumnic way - and through her own filtered integration
she presents a dynamic sample of her compositional psyche, creating
a compelling mixture of abstract noise experimentations, field recordings and ecstatic electronic manipulation.

This ensemble of sonifications, made of augmented/edited improvisations, oscillates between the individual and the myriad, between chaos and wisdom. It first depicts collective organization, with a mass of creatures coexisting and populating spaces voluntarily, through a will of celebration, as in "Like Warehouse" where sounds resonate, or like the tribute referred to in "Cortege". Natural sounds surface through synthetic and rhythmic sonic masses, the essential presence of the living. There are voices emerging from this album, signals that are suddenly raised - invitation, alert, incantation, exhortation. Like traces and awakening marks, that of birds, taking back the abandoned hangar in the morning after a warehouse party, that of watchwomen and men who call for vigilance during gatherings in need of remaining close together. That of whistles, voice call outs, chants, multiple bells, train rail hammering, wheels that come and go, appear and disappear.

Shifting from collective vision to that of personal determination, polylistening allows for the desire of detachement, elevation, seeing the light as well as multiplicity and singular choices on coexisting and dialogue.

"Mountain" - both east and west slopes - offers a different view. From a height, we hear incantations about the observation of the masses and displacements and the harmony that can derive from them. Large, flying, isolated creatures or clouds move in timelapse, progressing together or moving apart in accelerations, time jumps, multiple gaits.
There's often a lull at the end of the pieces. "I'll See You Again" marks the epic told by Sofia, the oracle, the priestess. In a final whirlwind, in a lament, this is a hymn to love, passion and noise and to the mechanics and cadences of life itself, born from chaos which dissipates into the ether and open questions.

Gaël Segalen has been a genuine explorer of sound for more than 20 years. Besides her record label accreditations and her diploma in electroacoustic composition in the lineage of the GRM (Groupe de Recherches Musicales), she has worked for Radio France Internationale, as a sound mixer for film, before jumping onto many sound art psychogeographical projects under the name of IhearU and multimedia collaborations such as with artists Constanze Ruhm, Marlies PöschI, Shu Lea Cheang, also participating in various compilations, audiowalks, radio productions, online platforms, installations, while travelling the world to collect voices and inspiration for her musical compositions, and giving classes on sound to explore it's therapeutic dimension, using it as a social tool to interact with diverse audiences. She has played and engaged sonic conversations among others with, Joachim Montessuis, Jean-Marc Foussat, Best Αvailable Technology, Aki Onda, Brandon LaBelle, duenn, while she maintains the experimental electronic project Les Graciés with Eric Douglas Porter (Afrikan Sciences). She is also co-founder of Polyphones, a Parisian network dedicated to women in musical experimentation, and OWO, the electronic Open Women Orchestra.

Pieces based on improvisations, recorded, arranged, mixed by Gaël Segalen in Paris between 2016 and 2018, mastered by Eric Douglas Porter & Frederic Alstadt.